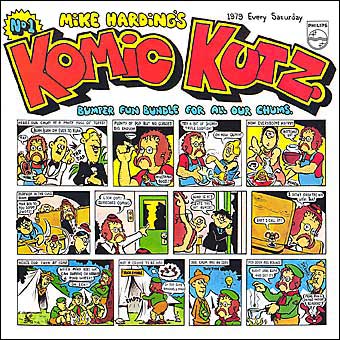 SIDE TWO . . . . .
Jiggery Pokery
Posh Parties
Roggers and I

SIDE FOUR…….. .
The Professional Hospital Visitor
‘Ardin’s Theory of ‘Umour
The Hole in the Elephant’s Bottom

All titles words and music Mike Harding @ Moonraker Music/EMI Music except Is That the Sun? @ EMI Music and The Hole in the Elephant’s Bottom. Jiggery Pokery (Trad arr Harding).

All the tracks on this album were recorded during the Mike Harding UK Tours 1977 178 by Moonraker Mobile and Leadersound Mobile. The location engineers were Bill Leader and John Gill.
The album was mixed down at Moonraker studios Manchester. Mix down engineer was Chris Nagle.

Thanks to Stan Crowther M.P. for Rotherham for the words to Elephant: to Bill, John and Chris for the help: to Mick, Ged and Dave of Hedgehog Pie for the music and the crack during that long autumn of 78: and thanks to all the roadies, to Morag who set the tour up and all the people who came for making it all such a gas.